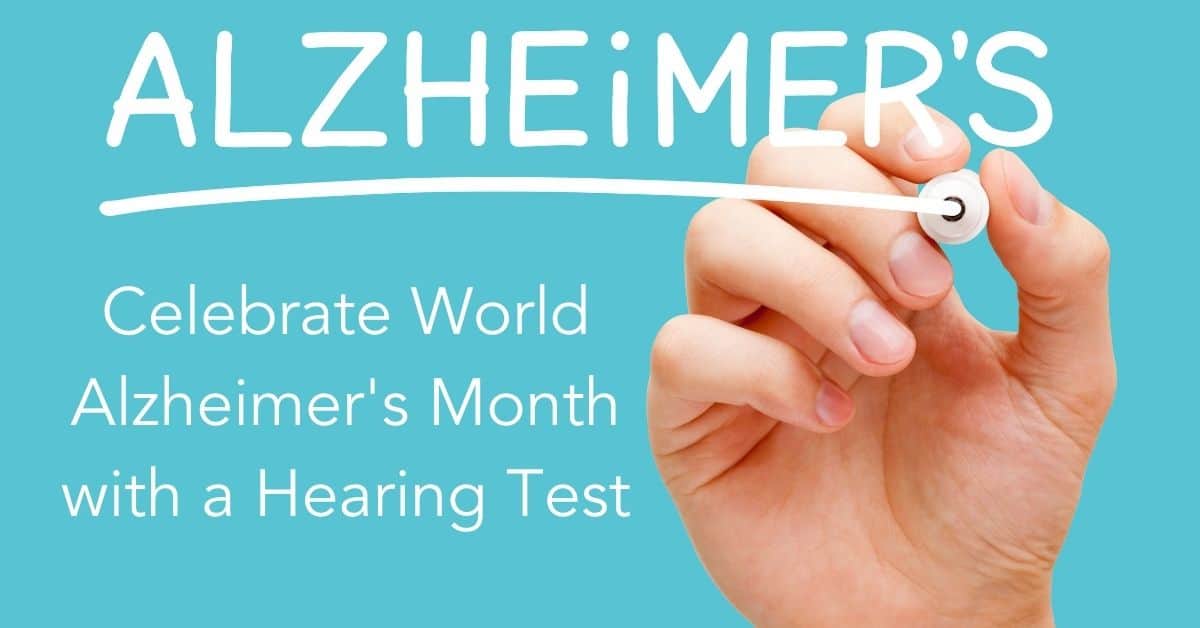 Did you know that September is World Alzheimer’s Month!? Alzheimer’s is a rapidly growing disease so this month is dedicated to raising awareness, destigmatizing dementia, and letting people know how they can take action. Alzheimer’s is a form of dementia which refers to a group of conditions that deteriorate cognitive functions like memory, decision making, learning, problem solving etc. There are several types of dementia including: Lewy Body, Parkinson’s, Huntington’s, vascular, and frontotemporal. Alzheimer’s disease is the most common and severe form of dementia, accounting for 60-80% of all cases.

Nearly 6 million people in the U.S. live with Alzheimer’s which is a progressive disease. It often starts with mild issues with memory and can gradually become a complete inability to function independently. Because there currently is no cure for Alzheimer’s, there is emphasis on ways to prevent or delay its progression. Extensive research has established that treating hearing loss can reduce the risk of cognitive decline. You can easily celebrate World Alzheimer’s Month by scheduling an appointment to have your hearing tested!

1 in 8 people have some degree of hearing loss which impacts over 40 million people in the U.S. alone. Hearing loss can be caused by a variety of factors including:

Hearing loss results in a reduced ability to hear and process sound which causes a range of symptoms that disrupt daily life including:

These symptoms can be experienced mildly to profoundly, straining communication which has multifaceted effects on health and well-being. Untreated hearing loss can worsen impairment as well as accelerate the development of medical conditions like Alzheimer’s.

These findings show that not only is there a link between these conditions but also that the more severe the hearing loss, the likelier cognitive decline is. Though this correlation continues to be investigated to figure out how, researchers have suggested a few theories including: brain atrophy and cognitive fatigue.

This link also highlights that treating hearing loss can decrease the risk of cognitive decline which is why assessing your hearing is critical!

You may feel nervous about taking a hearing test but they are noninvasive and painless! You can expect a few things to happen:

Fortunately, there are useful ways to treat hearing loss that can drastically improve hearing health. A great way to celebrate World Alzheimer’s Month is by scheduling your appointment today!